The original monastery in Tibet

Drogon Kundup Sherab established the original Shree Gaden Dhargay Ling Monastery in Toe Sa Ka District of Western Tibet during the 16th Century. Initially under the Kagyu tradition, the monastery fell under the Gelugpa tradition during the reign of the 5th Dalai Lama Ngawang Lobsang Gyatso when for the first time a Dalai Lama assumed both spiritual and temporal leadership of Tibet.

Drogon Kundup Sherab, who was an emanation of Avalokiteshvara, was born in Lhagthang Menchu in Western Tibet. His father’s name was Chagthang Lhagonpa. Shree Gaden Dhargay Ling Monastery was a great center of Buddhist learning of the Gelug tradition from the time of the 7th Dalai Lama Kalsang Gyatso, and has since been under the abbotship of the lineage of high Gyuto Tantric University Lamas. Tibetan King, Gaden Tsewang, entrusted the monastery with the formidable task of being the source of spiritual protection and blessings for the neighboring Mongolians.

The main objects of worship in the monastery include a 10 inch high statue of Lord Buddha and scroll of Vajra Bhairva done with the blood from the nose of the Dalai Lama himself. The monastery was accordingly named Gaden Dhargayling.

The new monastery in Pokhara

In the wake of Chinese invasion and occupation of Tibet, the monks of the monastery in Tibet had to flee to their neighboring country of Nepal. There the monks experienced harsh living conditions in exile and began scattering to earn a living for themselves.

In 1983 Ven. Tulku Lobsang Jamyang, the head lama coming from Norgyaling settlement in India consulted with the senior monks and camp leaders to plan for the construction of a small Gompa where they could follow and practice the principles of Dharma with the noble wishes of His Majesty’s great proposal “Nepal a zone of peace” for world peace.

As to the great need of our tradition and culture to preserve while as fugitives, donations were raised from individuals in and outside Nepal. The settlers were generous in donating funds for the construction of the monastery at Tashiling. In July 1984, the location and plan sketch was proposed and foundation work started with great voluntary labour by the settlers. Our thanks are to the local friendly people who provided all the construction work and were managed and supervised by the monks themselves.

The final work was completed in mid Nov. 1984 and it was inaugurated by the Zonal Commissioner of Gandaki Anchal Shri, Khadha Bahadur G.G. where representative from religious council, Dharamsala and local dignitaries graced the occasion. It now stands as the traditional source of inspiration and peace. Just in front to the east a few living rooms are built which accommodate a common kitchen, a small classroom and library. There are now thirteen (13) young monks admitted and all together there are twenty-one (21) monks in the Monastery. 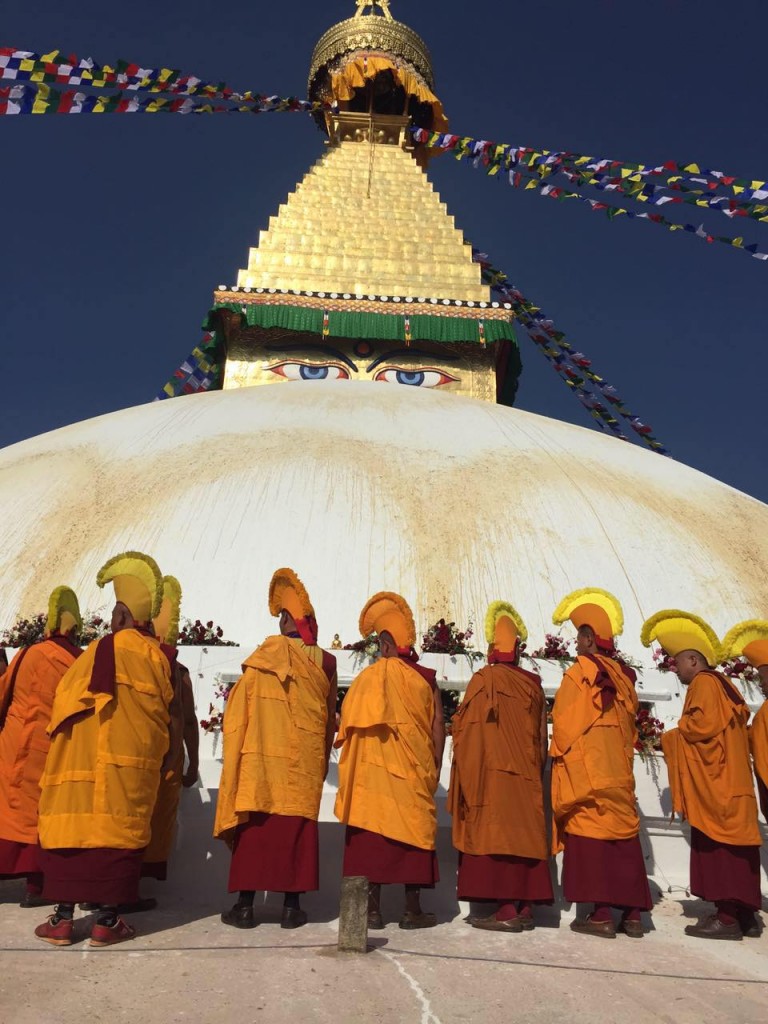